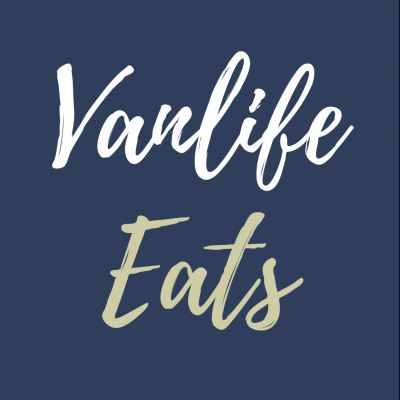 Latest featured vanlifers Sarahkai and Sam tell us about their experiences in their van Vinny the Van Diesel. Find out what these Aussie vanlifers like to cook and eat in their van. Also, their ups and downs of being vanlifers.

Sarahkai and Sam have one of our favourite Instagram accounts. They post regularly, take great photos and make incredible looking food – it looks too good to have been made in a van! You can check out their Instagram right here and follow along on their travels too.

Sarahkai and Sam are a couple travelling Australia full-time in their van, Vinny the Van Diesel. This couple have been experiencing vanlife for the last 2 years. Travelling Australia in a van was something the couple had dreamed of for a while. After a difficult period in their lives – their life exploded around them in their words, they decided to make something positive from it. They knew then that this was the time for them to start their vanlife journey.

That’s when they saw Vinny. Vinny was a 20 year old van who had already completed a lap of Australia with his backpacker owners, now it was time for him to share the journey with someone else!

He had the very bare necessities of a bed and some shelves. Sarahkai and Sam worked hard to save for their travels whilst Sam converted the van at the same time. The build was completed on a budget to maximise their travel fund. Sam built a pull-out kitchen and pull out wardrobe, they added a water supply and solar power, and Vinny was ready for another adventure!

Doing the build themselves gave Sarahkai and Sam the opportunity to make Vinny as they wanted him. They love the homely feel Vinny has, which is essential when it is your home, even if it is on wheels. The wood inside and warm colours adds to this homely feel for them. As well as this they have a mini garden on their dash, and some momentos they have collected during their travels.

This couple like to go off grid and having a 110l water tank enables them to do this. They also like to do a lot of walking and hiking, so having a shower is essential to them as it can get pretty hot and sweaty hiking in Australia.

Sometimes being off grid has it’s disadvantages though! After driving through the desert in 40c heat for hours the couple found a great park-up. Sweat and red dust is not a good combination for getting into bed so the couple decide to freshen up and set-up their shower outside before bed. It all sounds pretty perfect so far, the sun is setting there is no-body around – except a tonne of flies and the odd cockatoo. The couple decide to save time and not set up the tent but just shower in nature. Taking it in turns to cover each other should anyone turn up, Sam goes first. Once nice and refreshed, he gets dressed and gets ready to hide Sarahkai. She gets undressed gets under the shower, Sam switches it on for her and ‘CLUNK’

The couple suddenly realise the seriousness of the situation, they have no water and they are in the desert in the heat. The water pump had broken so they had 100l of water that they were unable to access! Plus Sarahkai was still covered in dust. After a very uncomfortable night, taking tiny sips of the drinking water they had left, they set off in search of a service station. 200km later they found one, which was shut! They managed to get some water, although it was labelled ‘non-potable’. They had no choice but to drink it,although it isn’t something they would recommend they lived to tell the tale. It took a whole month to get a new pump!

The advantage of doing their own van build meant they could have their kitchen just as they wanted it! Sam created a kitchen which pulls out from under the bed. This stores their pots, pans and the kitchen sink. They prefer to cook outside, but do have a camp companion (similar to jet boil) for when they need to cook indoors.

When cooking outside they like to cook with a campfire and quite often dig a hole for their dutch oven and create some yummy baked goods! Most recently they built their own outdoor pizza oven using flat rocks, and a mud slurry from the river bed. The pizzas looked epic and they left the oven with a note for the next campers to enjoy.

If you follow Sarahkai and Sam on Instagram or YouTube you will know that food is very important to them. They like to eat healthy, clean food and they seem to eat with their eyes as much as their mouths – it all looks fabulous.

Sarahkai is a cancer survivor and a trained chef specialising in health foods – this means the couple strive to eat a super healthy diet. They generally eat a vegan, gluten free diet but not exclusively. They do eat dairy products and meat on occasion, but definitely avoid junk or processed foods.

Every day the couple have a smoothie bowl, packed full of vitamins and nutrients. Having solar power means they have enough power for the nutribullet, which is one of their favourite van kitchen accessories.

Sarahkai does most of the cooking and meal prep, and her favourite thing to make at the moment are buckwheat flat breads. They are very versatile and can be used for tacos, served with houmous or even as chapatis for curry night! A wine bottle comes in useful to double up as a rolling pin for these!

Check out their amazing recipes right here on our site!

Vanlife can bring the most amazing experiences as Sarahkai and Sam agree. They love the freedom vanlife brings, and being immersed in the nature around them. The couple really feel this helps heal their mind, bodies and spirits. They enjoy watching the sunrise & sunsets, as well as the nature around them, all from their tiny home. What’s not to love?

The ever changing views in their ‘loyal old stead’ means they are looking forward to a long time of adventuring ahead of them.

Vanlife does come with it’s own issues on occasion however – a problem that many vanlifers have experienced – leaks! In the Daintree rainforest Sarahkai and Sam experienced a few weeks of rain in a humid environment. They woke one morning to leaks and mould on the wood lining. The left the humidity and drove to the dry outback, parked up in a caravan park and stripped and rebuilt Vinny.

Where to find featured vanlifers Sarahkai and Sam…

Sarahkai and Sam leave painted rocks on their travels, so if you find one on your travels be sure to take a photo and let them know! 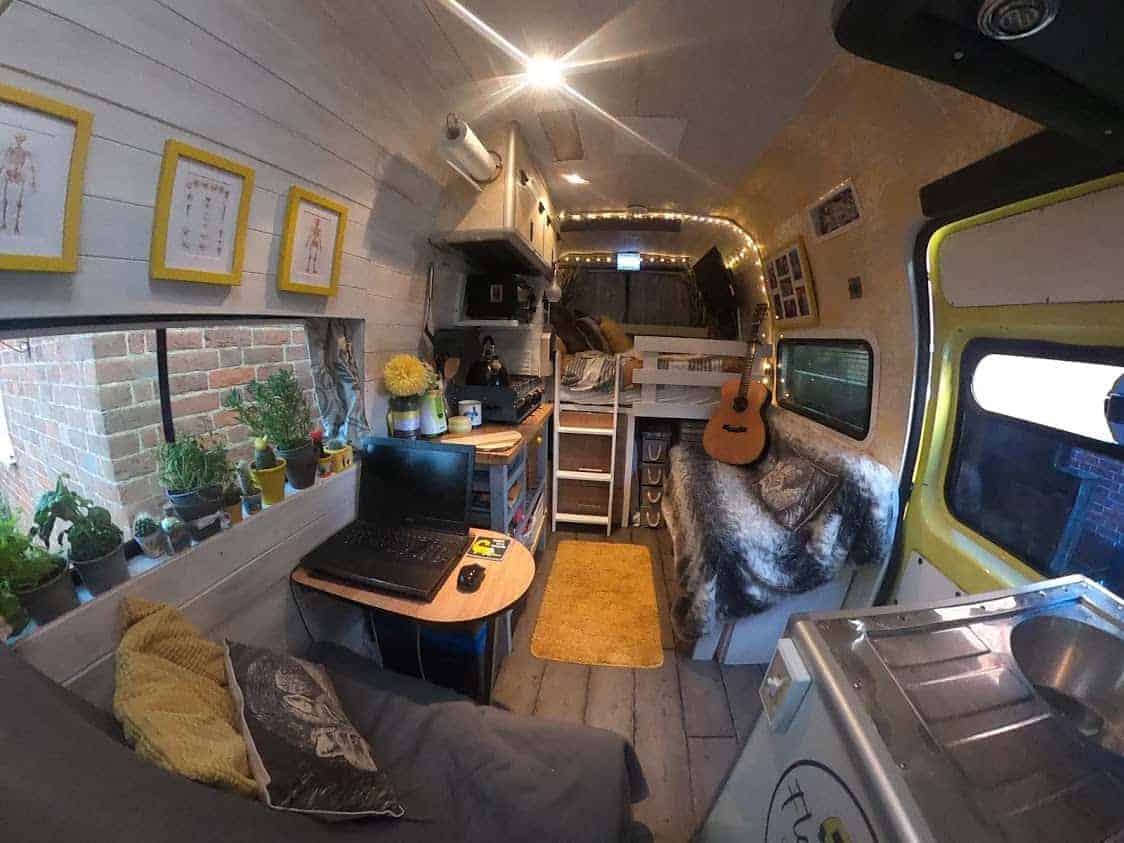 Want to be featured on
vanlifeeats.com?

To apply for a featured post on vanlifeeats.com simply follow this link and fill out the application form. We promote all featured van lifers across all our social media networks, we send out a “featured Van Lifer” sticker for your van as well as awarding you a prestigious badge for your profile on our website.